The ongoing war in Ukraine, high inflation, stock market volatility and seemingly permanent work from home policies have taken a collective toll on commercial real estate. Although demand has slowed for some property sectors moving into the first half of the year, others remain in high demand, such as tower real estate.

Tower Sector: A Primer
Before delving into the supply and demand fundamentals shaping the burgeoning tower sector, what exactly is tower real estate? A tower is a vertical steel pole on a small land parcel where tenants lease space to install telecommunications equipment. Wireless carriers, such as Verizon, T-Mobile and AT&T are the three primary tower sector tenants, and they typically sign 5- to 15-year leases with tower owners. 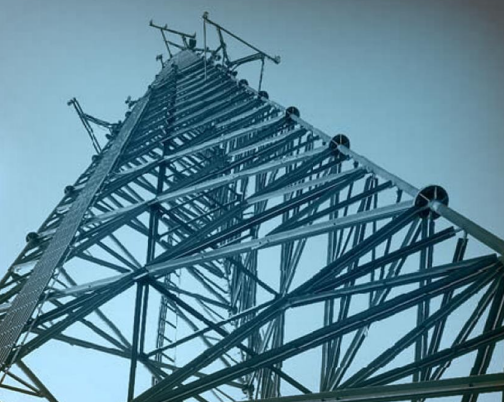 Three REITs in the U.S. own and operate about 80% of the country’s macro towers: American Tower, Crown Castle and SBA Communications, according to Green Street’s Tower Sector Update published on May 5, 2022. Tower REIT portfolios are dominated by macro towers, primarily located in the U.S. However, small cell antennas that act as mini macro towers offering connectivity in densely populated areas via fiber optic cables represent a growing share of the industry. These fiber optic cables transfer internet traffic back and forth.

Tower demand is a function of coverage (the number of connections) and capacity – (the amount of data usage) – among wireless users. As both factors have expanded, the need for tower space has resulted in wireless carriers adding new telecommunication equipment to either a new site, known as a “colocation,” or an existing site, called an “amendment.” Growth in the number of connections has accelerated in recent quarters.

How Tenant Demand is Calculated
Leases signed by the Big Three tower tenants — AT&T, T-Mobile, and Verizon — account for the biggest portion of tower REIT revenue. “Competition for the best wireless network is cut-throat, which is advantageous to tower owners as each carrier will need to keep spending to maintain its positioning,” explains David Guarino, an analyst and Head of Green Street’s Tower Sector. “Given that most of the inflationary cost pressures are borne by these tenants, keeping tabs on their financial health is crucial.” Page 9 of the Tower Sector Update: Simply Insatiable Mobile Data Demand has more information on the Big Three’s financial wherewithal.

What’s Fueling Demand?
Surging growth in mobile data usage has fueled record leasing activity for towers of all sizes across the nation. Widespread adoption of 5G devices, which utilize large streams of data, has boosted usage, especially among younger generations who desire constant connectivity. To quell the almost unquenchable need for constant connectivity, Verizon, T-Mobile, AT&T, and DISH continue to build out 5G networks at a rapid pace, with no signs of slowing down.

Tower Tenants Share their Infrastructure and Growth Plans
Deployment of telecommunications equipment and infrastructure will continue to support strong leasing activity well into 2023 and beyond. In addition, as the Federal Communications Commission keeps auctioning spectrum offering ultra-fast gigabit connectivity, demand for tower space will remain high.

Tower Owners Also Benefit from Strong Demand
On the ownership side of the tower sector business, macro towers have dominated, but small cells are expected to gain healthy market share moving into 2023. A combination of new lease signings, healthy rent bumps of 3% annually and normal site decommissioning will set the stage for healthy NOI growth through 2027, Guarino says. External growth via the development of new towers will produce the highest returns for tower REITs, but opportunities are limited in terms of size and scale. Despite premium valuations for REITs, acquisitions are hotly contested by many private market investors which also desire ownership of tower real estate, making them tougher to pencil.

“The tower demand party should keep going,” Guarino says. Looking ahead, the FCC has scheduled an auction this summer for 5G spectrum that is well suited for macro towers. At the same time Fixed Wireless Access presents a major opportunity for wireless carriers and could offer a new source of already surging tower demand.

To learn more about transaction pricing, tower REIT valuations and much more, contact Green Street to subscribe to our U.S. Research.